Echoed By 🇺🇸Timbo🇺🇸
·
3 days ago

Great idea!! However, we’d first have to replace 75% of the current faculty. They’re not qualified to teach any of those life subjects.

Echoed By 🇺🇸Timbo🇺🇸
·
1 month ago

Echo if you agree

Echoed By 🇺🇸Timbo🇺🇸
·
2 months ago

If I understand this correctly, a man was pulled from his car and beaten to the point of unconsciousness in a lawless, racially motivated act of mob violence. When things like this happen, and people think they can get away with it (perhaps based on the race of the victim), more trouble lies ahead.

New York Post A mob of Portland Black Lives Matter and Antifa militants forced a white man to crash his truck, and then punched and kicked him unconscious, disturbing footage shows.

I don’t worry or wonder even for a second about what I’ll do in the face of this bullshit. I’m a deliberate man and my head is screwed on straight.
What I worry about is how bad it will have to get before America ignores the liberal, socialist screaming mouthpieces that support this anarchy and criminal behavior. The media and Democrats have given these Soros funded basement dwellers a global platform complete with a spotlight.
Any politician who will not immediately denounce the activities and manifesto of BLM and ANTIFA should be jailed, charged as accomplices to every crime BLM/ANTIFA has committed and then sentenced to prison.
Until POTUS and Congress declare these fools what they are....domestic terrorists....they are not going away.
We have very capable elements in this country that could stop all of this cold, in less that 48 hours.

Put Dems and liberals in their place and these groups will go away.

She might oughta ask her residents first. My guess is, they would welcome law enforcement that does not answer to her or the governor.

This NYT scumbag activist is trying to dox the new home of #tuckercarlson and his family, after they had to move away from wokemob intimidation in DC.

Let’s make him & his home address famous & see how he likes it. Some patriot near Belfast Maine can help. Go!

About - Murray Carpenter, Author & Journalist Murray Carpenter is the author of Caffeinated, How Our Daily Habit Helps, Hurts and Hooks Us (Penguin, USA). As a freelancer focusing on science and environmental stories, he has reported for the...

He’ll be WOKE when BLM/ANTIFA stumble across his place one day. They have a nasty habit of asking for support and acknowledgment, but freaking out and beating you down before you can answer.

I was just elected to be one of North Carolina’s at-large delegates to attend the Republican National Convention.

Enemy of the people ..... we need to starve these fuckers , Target thier advertisers 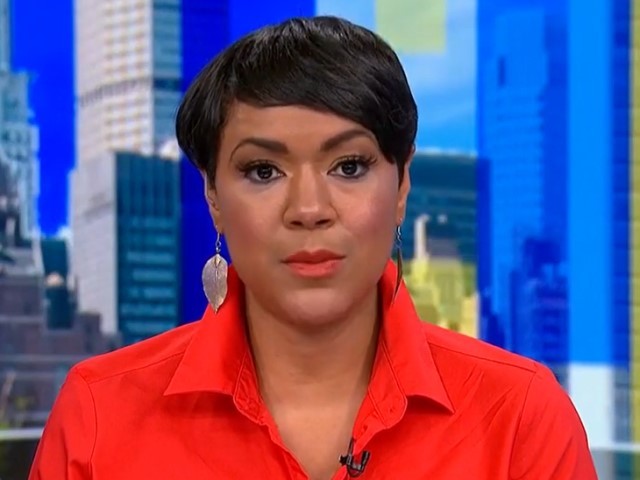 But she never sees anything posted on Parler so what’s the point? Liberal ignorance will continue because they insulate themselves thru censorship. Other platforms don’t allow the words these people need to read and hear to be posted.

An Ohio town has signed a proclamation that states that the city will accept and display spurned statues of people including #GeorgeWashington, #AbrahamLincoln, and certain other prominent figures. 👏👏🇺🇸🇺🇸 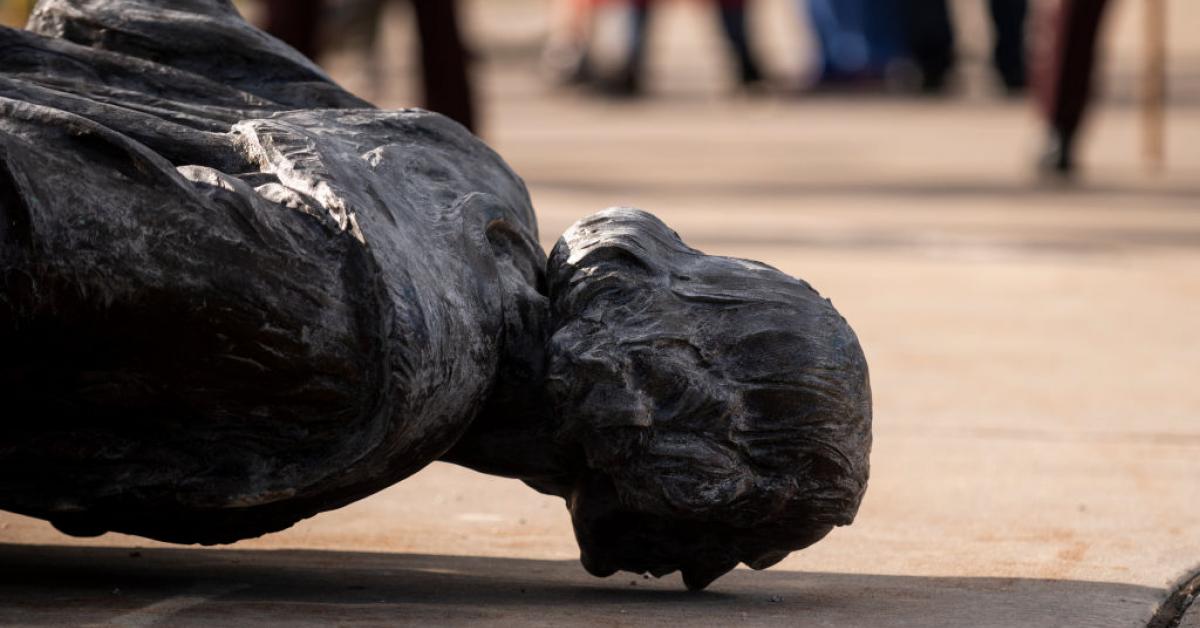 Ohio town proclaims itself a 'Statuary Sanctuary City' for statues of outcast historical figures | Just The News Christopher Columbus and several American figures are named in the proclamation signed by the city manager.

That’s awesome and just. I have faith in America. I know those trying to destroy our nation and erase it’s history will someday soon, need sanctuary themselves.
That same American spirit and exceptionalism they sought to destroy will again show itself when Americans, humiliated and denigrated by uneducated, disrespectful and disloyal spoon fed Marxist wannabes will need sanctuary themselves. When America grows tired of watching it’s children run the streets and exhibit lawless behavior, those children.....all adults, will have no place to escape the treatment they’ll receive. My hope is, they’ll become a lost generation, a generation without a country. I want them to experience life without this United States they are trying to destroy. Reminds me of the man who scorned this nation in the presence of a judge. His crime was against the nation and he expressed the wish that he never set foot on American soil or see her flag as long as he lived. The judge granted his wish. Prison ship.

They keep Wallace around because of his pedigree. He wasn’t so bad when Obama was in. He would hit Obama pretty hard. But Wallace joined the never Trumpers early on because he considered himself holy and journalism royalty... better than all of us. Now he picks up the mainstream talking points and runs with them. FNC is rapidly losing any balance they had.

This man is brilliant. I don’t yet know who he is. But my Australian friends are going to let me know

She is awesome, good for her. Stand up to these puds!

She gave them what they obviously never got growing up. Corrective action.

#Echo this if you think these are the four greatest #presidents of all time. Let's see if we can get over 1,000 #echos on #parler

Let's help them find her.

Let's help them find her.

Echo if you are voting for this guy in November.

It’s what has to be done. If left liberal Democrats were to take back the White House this year, 2024 would be the worst loss Democrats could ever suffer... could be permanent. But 2020 to 2024 would mean four of the darkest years in American history.
Under a democrat president, the left will spend four years, not just undoing progress made the last 4 years, but everything conservative and patriotic about this nation.
The damage will be so great that the election of 2024 could mean the end of their own party.
8 years of Obama and the liberal left running rampant throughout every institution in America gave us President Trump. He said it himself.
A Democrat President and all the leftists that come with him, would spend the next 4 years getting REVENGE for all their suffering under President Trump’s America.
Question is, how much damage would they do before Americans finally woke up and rose up?
Anyone that thinks we’re divide now is right. 4 years of a Democrat admin. would finish it

There’s many more. In Black America, she is in the majority. But just like every other majority, it’s difficult to get it out of them. There’s always been a false sense of security in a majority. It’s okay to be quiet and let em do whatever they want because there’s more of us than them.
Most majorities are naturally silent until they are poked, prodded, ridiculed, shamed, beaten half to death and even shot dead.....to the point of becoming FED UP! The silence of the majority is why polls don’t work.
If all the noise we hear everyday was coming from the majority, Clinton would be POTUS right now. Hell, Obama might be in his 3rd term if that noise came from a majority.
But it didn’t. Majority stayed silent and made their decision. Even now, things still haven’t gone bad enough to fully awaken the majority. But the left is still pokin’ and proddin’. Soon the majority will be fully awake and alert.

Do the Democrats stand for absolutely anything but power and anarchy?

House Dems Block Resolution Condemning Looting and Rioting Not one Democrat could break party ranks to take a stand for law and order.

This should be all the information American voters need. The decision should be the easiest ever made.

It’s sad too. If he is half the driver Petty claims, he could have made his own way and become not just the first black full time driver but the first black driver to win the championship.
From the moment his crew member raised that door and made the conscious decision to label it as a noose to help push the new NASCAR guilty as sin narrative, Governor Wallace’s racing career was complete and in the books. His character won’t matter and can’t redeem him. He had the chance to be a successful NASCAR driver who is also black. Instead, he chose to be a black NASCAR driver whose race card will be honored everywhere he goes.
Every victory will be.....How did he win? Every non-victory will be .....Why didn’t he win? Every single race will be controversial.
Those other top drivers cooked Bubba’s record book when they pushed his car to the poll position.
This is the same kind of treatment men in combat would give a woman fighting with them. Protection and help.
Wallace are it up. Walk away.

ECHO If You Think JOE BIDEN BELONGS IN A JAIL!